Now you can pay with your credit card 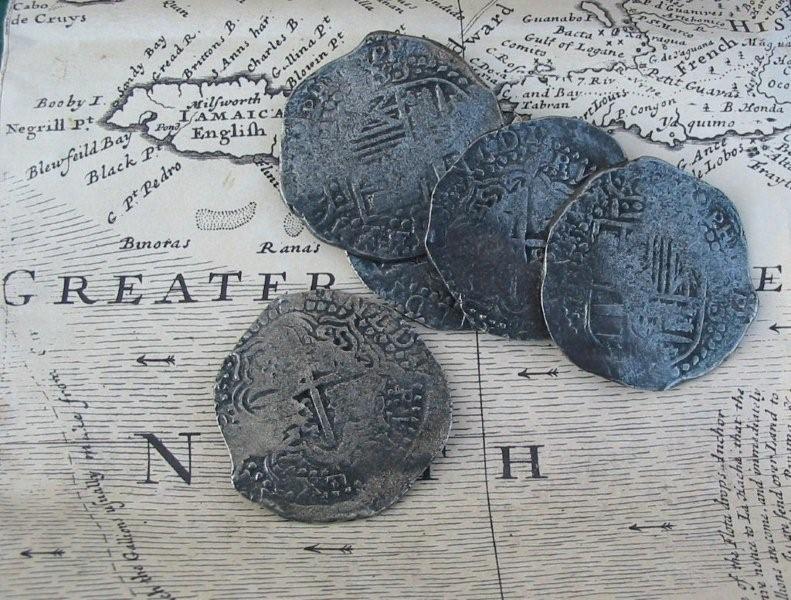 The famous "Spanish Dollar...  Pieces of Eight!  for those recreating the 17th, early 18th century, or Golden Age of Piracy, this is the correct 8 Reale.  Copied directly from an original in fine pewter, aged finish. 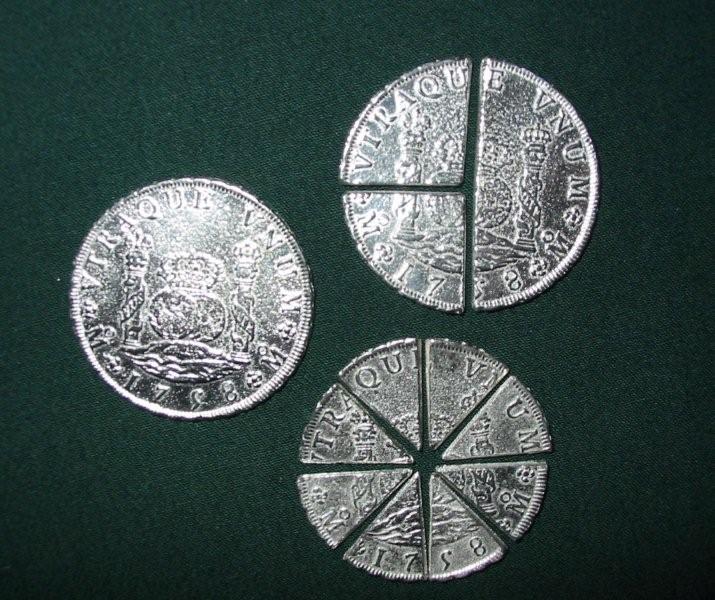 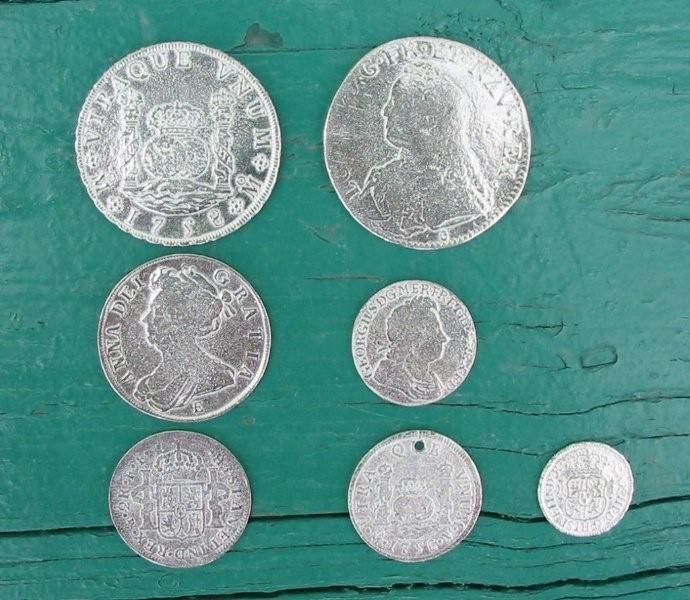 Reproductions of some of the most common coins in circulation in colonial North America.  The colonies and early US were always short of hard currency of their own.  English, French, and Spanish colonial coins made up much of the currency in circulation.  These coins are cast in fine pewter from molds made directly from original coins, so they capture the wear and look of actual circulated coins.  Coins are $2 each, or $12 for a set of all 7 coins. 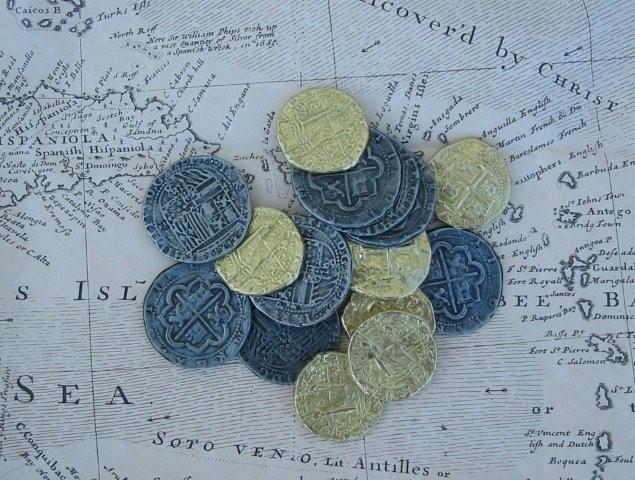 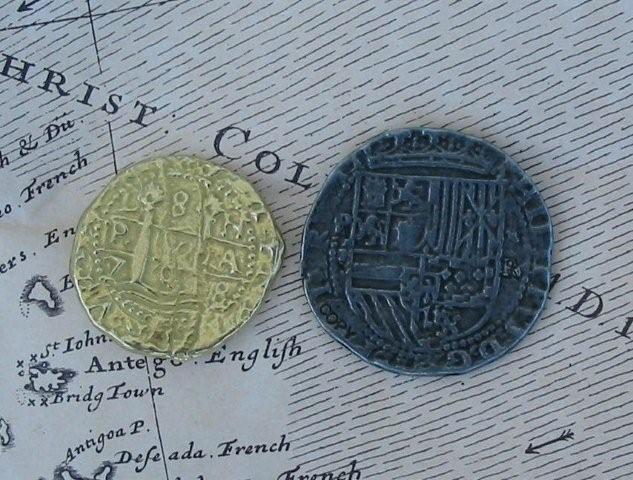 Copies of the famed Spanish Doubloon and Dollar in gold finish and antique silver finish.